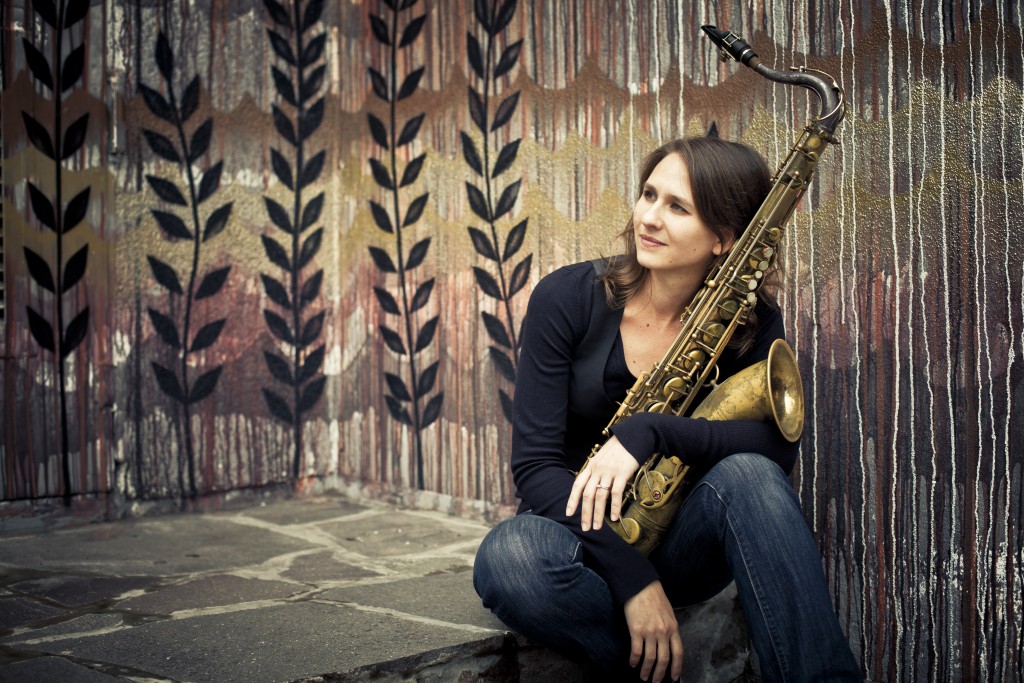 She started the saxophone at the age of 14 and quickly integrated some bands like the JMSU Big Band (directed by JF. Jacomino) with whom she went on different tours through the years ( Germany, Italy, Paris: in the “Zenith” and the studio of” Radio France», Jazz Festival in Martinique….). She integrated in the same time the Music University and Conservatory of Nice with JM.Baccarini(“ Bacca sax”) where she graduated and obtain her DEM diploma with the mention” Very Good”.
She was chosen to play in a band for representing the Conservatory during 2 tours (Nürnberg: Germany and Stockholm: Sweden).
She started composing for different projects and different settings: duo, quartet but also larger ensemble like”Kombawa Tentet“ with whom she performed in the prestigious“Jazz in Marciac”. In 2004, she decided to study at the High International Conservatory of Amsterdam with F.Povel and J.Blom where she graduated in 2008 and obtain her “ Bachelor Degree of jazz Music”; she also had private lessons with D.Oatts, R.Margitza, L.Schneider, and master classes with people like: John Taylor, Richard Bona, Terry line Carrington, Kurt Rosenwinkel, Garry Smulyan, Eric Alexander, Chris Potter…

In 2006, while playing with lots of different bands, she decided to create her own jazz 5tet : CC5 alias „Christine Corvisier 5tet“ where she fully composed the repertoire.
They recorded a 1st demo “Melting pot” and after many tours with recorded a 1st album “Walking Around” released in May 2008 on the label EBF. 2008 is also the year where she won the price “Young Talent of Alpes Maritimes” that gave her the opportunity to live in New-York City for 2 months.
There she studied with the saxophone masters ( Joshua Redman, Chris Cheek, David Binney and Donny McCaslin and George Garzone) wich considerably accelerated her musical developpement.
After she moved to Germany in 2010 she founded a new quintet with some of the best musicians of the Cologne jazz scene. She was quickly recognized beyond the borders of the region as a virtuosic but at the same time melodic improviser and composer. Her new album “Reconnaissance” will be released in October 2015 under the swiss label Unit Records.